Every gram of the botanicals used to make this gin was sent into near-space (over 24km) and exposed to an air pressure of less than 1/100th of that at sea level!

Only 1 left in stock

"Every gram of the botanicals used to make this gin was sent into near-space (over 24km) and exposed to an air pressure of less than 1/100th of that at sea level! That's seriously low. In fact, if you were to find yourself above just 18km, also known as Armstong's limit (where the pressure has already dropped to around 6.3 kPa or 1/16th of that at sea level), then the fluids in your body would vaporise!
Juniper, Coriander, Camomile Flowers, Fresh Lemon Peel, Cardamom, Dried Bitter Orange Peel, Cinnamon, Cubeb Pepper, Liquorice Root and Angelica were used. Oh, and Moon Rock. Obviously. Once they returned to earth, we vacuum distilled them at room temperature (at a pressure nearer 1/10th of that at sea level, in case you were wondering) for freshness and elegance."

There are no reviews yet.

Be the first to review “Moonshot Gin” Cancel reply 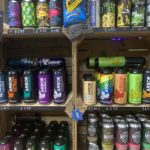 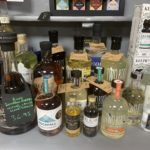 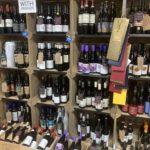 The latest from us and greatest news on tastings, seasonal drinks and special offers. We understand being a family business, once or twice a month to your inbox is more than enough!

You can find out more about which cookies we are using or switch them off in settings.

This website uses cookies so that we can provide you with the best user experience possible. Cookie information is stored in your browser and performs functions such as recognising you when you return to our website and helping our team to understand which sections of the website you find most interesting and useful.

Strictly Necessary Cookie should be enabled at all times so that we can save your preferences for cookie settings.

If you disable this cookie, we will not be able to save your preferences. This means that every time you visit this website you will need to enable or disable cookies again.

This website uses Google Analytics to collect anonymous information such as the number of visitors to the site, and the most popular pages.

Please enable Strictly Necessary Cookies first so that we can save your preferences!